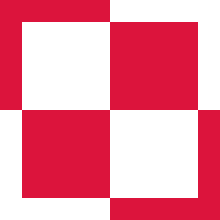 Prompted by watching the film ‘Hurricane’ recently and being aware of the role of RAF Squires Gate played during the second World War, I was intrigued to discover the role of the Polish Air Force and their connection with Blackpool.  303 Squadron, featured in the film, was formed at Squires Gate in July 1940.

Blackpool, home to Squires Gate Aerodrome, served as the Depot and home of the free Polish Air Force from 1940. Polish airmen that had fought bravely for their own country, had managed to flee to France when Poland fell to the Nazi onslaught of 1939; only to flee again at the Fall of France in 1940.

Upwards of 200,000 Poles arrived in England and immediately enlisted in the RAF and other allied armed services, intent on continuing the fight against the Germans. Many having lost their families to Nazi oppression and torture. Their fight was personal.

Initially, the RAF were reluctant to both recognise the fighting ability of these ‘Foreign‘ fighters and to allocate them to existing squadrons. Language and ‘cultural’ differences serving as excuses for putting these experienced pilots through basic training and English language courses. On ‘satisfactory completion’ of initial training and induction, they were allocated to newly formed Polish Air Force fighter and bomber Squadrons under RAF control.  Testament to the number of Polish Pilots, 15 squadrons were formed from their number.

During World War 2, Blackpool, Weeton & Kirkham provided to largest RAF Training area. RAF ‘Squires Gate’ came into being on December 1st 1939. Among many other activities: – Elementary Flying School; Navigation School; Anti-Aircraft Operations; Reconnaissance School; Photographic School; Wireless and Telegraphy School; School of Air Sea rescue; Blind Approach Training; Transatlantic Flights; Ground Ops Training; Aircraft manufacture and many other undertakings, it was to be home for Polish Air Force (PAF) training and a Squadron base. Walton (1998) records over 750,000 RAF Personnel passed through Blackpool during the war, with 45,000 resident at any one time.

RAF Squires gate also served as the training and dispersal depot for Polish pilots and Ground Crew to the Fighter, Bomber, Coastal, Special Ops and support Squadrons in locations all over England. Several Polish Air Force Squadrons were formed up in Blackpool too. 303, 306, 307, 308, 317,

303 Squadron formed in Blackpool fought in the Battle of Britain, it was based at RAF Northolt in East London at the time and equipped with Hawker Hurricanes.  303 Squadron was responsible for almost 20% of the German aircraft destroyed during the Battle.  A dramatization of the exploits of 303 Sqn has been cast in the film ‘Hurricane’ (Netflix, 2018)

One Polish flyer has a direct connection with the Fylde Coast. Sgt Ottan Pudrycki, a Spitfire Pilot of 306 Sqn was killed when his Spitfire crashed in the grounds of King Edward School on Dec 5th 1941 during a training exercise in poor weather. He was reported to have made every effort to avoid hitting the School.  A plaque to his memory was unveiled at the school in 1991.

Other legacies remain in the town:

The upstairs room, the original Club Bar holds memorials and artefacts from its time as the officers Club.

Recognising that the Polish ex-service personnel and civilian refugees would not be able to return home after the war, the Government introduced the ‘Polish Resettlement Corps (PRC)’ in May 1946, to assist in resettlement and integration. At the time however, it was reported that 56% of the population in the UK expressed the opinion that Poles should be repatriated (Daily Mail, 29/10/2016).  Immediately post war, the Soviets took possession of Poland and many Polish servicemen and women stayed in the UK in fear of reprisals back home, many had also lost their families to the war.

A further 2018 BAFTA nominated film ‘The Last Witness’, details the ‘Katyn Forest Massacre’, when the Soviets murdered 22,000 Polish Officers and ‘Intelligencia’ in 1940. The early part of the film deals with the Polish ‘Resettlement’ arrangements and the post-war animosity towards Poles in the UK.

Blackpool retains its proud association with Poland, even 80 years after the War.

Polish Squadrons in RAF at:
https://www.rafmuseum.org.uk/research/online-exhibitions/the-polish-air-force-in-world-war-2/polish-squadrons.aspx

Buildings and activity history of Squires Gate at:
https://sites.google.com/site/blackpoolairportsquiresgate/home/1940

2 thoughts on “Polish Squadrons in Blackpool”